For more than 80 years, Serta has invested in the highest quality and most innovative features to ensure that every mattress manufactured delivers superior comfort and support.

Endorsed by the APA

All Serta® mattresses are proudly endorsed by the Australian Physiotherapy Association

The Australian Physiotherapy Association (APA) is a leading organisation representing the interests of over 24,500 physiotherapists throughout Australia. The vision of the association is for all Australians to have access to quality physiotherapy, when and where required, to optimise health and well-being. Serta has enjoyed a long association with the APA that incorporates links with our product design and research into the quality of sleep.

Given the Association’s responsibility to its members and the public, it takes the endorsement of our products very seriously and the endorsement is based on our continual research and development of bedding that delivers the best support and comfort possible.

The APA endorses only a number of carefully selected products. APA endorsement of any product or service only occurs after a set process of detailed scrutiny by relevant experts and consideration of the quality of the product, its utility, the best interests of patients of physiotherapists and the general public, and the ethos of the company involved.

As a result of this you can be assured that APA endorsed products provide excellent quality, value, and security.

To find out more about APA, please visit www.physiotherapy.asn.au.

The membership number has now grown to approx +27,000.

Way back in 2000, an advertising executive was trying to sleep after a long day at the office. His lumpy old mattress buckled and sank beneath him, and he groaned, “Why have I put off getting a Serta?” Resigning himself to a sleepless night, he made a last-ditch effort to fall asleep and began counting sheep. As #71 made its graceful arc over the wooden fence the executive knew so well, something occurred to him. When I get my new Serta Mattress, he thought, these sheep are gonna be out of business! And just like that, the idea of the Serta Counting Sheep was born.

The next morning, the advertising executive approached Serta with his Serta Counting Sheep concept. “We’ll make ’em stars!” he said, “We just gotta find the right sheep for the job!” Serta loved the idea, and a worldwide search for the Serta Counting Sheep was launched.

After months of fruitless auditions, the agency grew weary of the idea. “Who knew sheep could be so bland!” they complained. “Aren’t there any sheep in the world with any personality?” they asked. And in the style of a television sitcom, in walked a future Serta Counting Sheep. “What’s up?” bleated #1, standing front and center with his flock. “You the people looking for some sheep?” The agency executives looked at each other, then back at the sheep. “When can you start?” they asked.

Sheep Stars Are Born The rest is history. Television, print ads, worldwide notoriety…the Serta Counting Sheep are everywhere. The ad agency and Aardman Animation turned a flock of unknown cud-chewing fence-jumpers into superstars. Why, they’ve even been inducted into the 2008 Madison Avenue Walk of Fame as Advertising Icons of the Year! 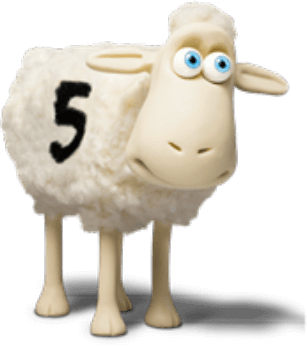 Serta has been a pioneer in comfort since we introduced our very first Perfect Sleeper mattress to the world in 1931. Since then we have brought many “firsts” to the industry.

Today, Serta is the number 1 mattress manufacturer in the United States and a leading brand across the globe.

In Australia, every Serta mattress is designed specifically for Australia’s unique environment and handcrafted at one of our factories throughout Australia.

Every Serta mattress is designed to provide exceptional comfort and our ranges span almost every conceivable sleep requirement, so that every Australian can find the sleep comfort they deserve. 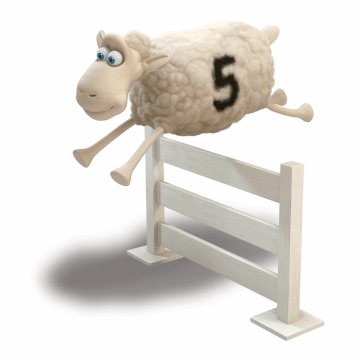 The Serta 90 Day Comfort Assurance Warranty is available on all Serta mattresses except the Serta Torrey mattress. If you are not completely happy with the feel of your new mattress we will happily replace it with another feel of your choice, within 90 days of the purchase.

Step 1: Sleep on your new mattress for a minimum of 30 days

At first your new mattress will feel very different to what you have been used to and you might worry you have made the wrong choice from the first night. However, it does take time to adjust to any new mattress and for this reason a comfort exchange is not available until you have slept on it for at least 30 days. For the exchange to be valid the mattress must be in sound working order and free from stains so a mattress protector must be used at all times. We recommend the use of a Serta Air Waterproof mattress protector for the best possible protection.

If after 30 days and before 90 days from the purchase date you wish to exchange your mattress contact the store from where you purchased the mattress. Let them know you would like to exchange your mattress under the Serta 90 day Comfort Assurance Warranty. Make sure you have your proof of purchase handy as they are going to ask you for the purchase date and model information. They will arrange a time for you to come in and trial a new feel.

When visiting the store bring along your proof of purchase. Try all the models within the same range. Make sure you trial them for as long as possible so you can make the right choice. Once you have decided which mattress is right for you the store will: